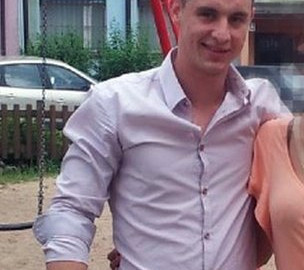 A local man has been found guilty of the “brutal” murder of an 85-year-old woman in her Edinburgh home.

Robert Buczek, 24, killed Eleanor Whitelaw, known as Norah, by stabbing her seven times in the neck with a pair of scissors at her house in Morningside. After the verdict it emerged Buczek already had a previous conviction for assaulting and robbing another pensioner – when he was only 14.

Sentence on the Polish national, who had denied murdering Mrs Whitelaw in her home on Morningside Grove on 11 July last year, was deferred until next month.

The jury of 10 men and five women returned a unanimous guilty verdict.

Judge Lord Matthews told Buczek: “You have been found guilty – frankly unsurprising given the evidence – of the brutal murder of a vulnerable, elderly women in her own home.

“This was a revolting crime.”

Prosecutor Alex Prentice QC told how in 2005, Buczek knocked over an 82-year-old woman in Poland and took her handbag containing money.

The advocate depute said: “She leaves her husband, children and wider family.

“They have explained that this death was particularly painful in that it occurred in the house where they grew up.”

The court had earlier heard how Mrs Whitelaw fell to the ground fracturing her skull during the attack.

Labourer Buczek then dragged her along the hallway and dumped her in another room.

He then prowled round the house rummaging in cupboards and drawers before leaving with an envelope of stamps and a box containing spoons.