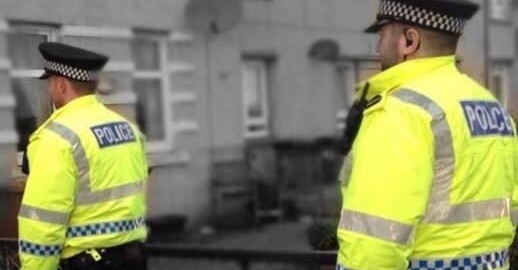 The incident happened around 6.55 pm when a group of around 10 youths attacked a taxi driver, dragging him out of his stationary vehicle onto the road.

One of the suspects also jumped onto the taxi bonnet and smashed the windscreen. A three-figure sum of cash was stolen from the taxi.

The same youths had earlier stepped out in front of his taxi at the junction with Crewe Road Gardens and West Pilton Place, forcing him to stop and stealing an item from his boot.

Officers are now appealing for anyone who witnessed this assault or the earlier incident to get in contact.

The suspects are described as being male and female aged between 14 and 20-years-old. The male who jumped on the taxi is described as white, tall, of slim build and was wearing a red top.

A spokesperson for local tenants group, Trim and Friends of West Pilton, said: “We are appalled to hear of the assault and robbery of a taxi driver.

“We believe that everyone, going about their normal daily lives, has the right to do so in safety and not fall victim to anti-social or criminal behaviour.

“We have been relentlessly campaigning, for years, for help to stop all the incidents of TWOCing of cars and motorcycles, speeding and reckless driving, theft, malicious damage, assault and all anti-social behaviour.

Detective constable Euan Hair said: “We are treating this assault and robbery as racially motivated and are determined to track down these suspects as quickly as possible.

“This man was simply going about his legitimate business and he has a right to do so without being assaulted.

“There is no place for racism in our communities and we will use all resources available to deal with those responsible swiftly.”

Anyone with information that can assist officers with their inquiries is asked to call 101 or Crimestoppers on 0800 555 111.