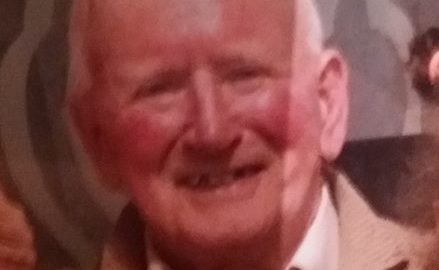 Police in Edinburgh have a new line of inquiry as part of their ongoing efforts to trace William Scott.

The 90-year-old was reported missing from his home in Chesser at around 7pm on Tuesday 11th December, having been within the Leith area of the city that afternoon.

Previously, it was believed that the last confirmed sighting of William was at around 4pm on Tuesday at the Greggs Bakery in the Newkirkgate.

However, following extensive inquiry over the past weekend, William was seen on CCTV as he passed the Finn and Bear pub at the Leith Shore a short time after this and search activity is now underway in and around The Shore.

Members of the public are still asked to check their outbuildings and garden areas to assist with the search for William.

He is described as white, 5 foot 1 inches tall, balding with white hair to the back and sides and has a small wound to his head. He regularly wears glasses and was last seen wearing a navy jacket, grey trousers and a dark coloured flat cap.

Chief Inspector Jordana Emerson said: “The new CCTV footage has helped us focus our investigation around The Shore and the streets surrounding this area.

“Over the weekend we were assisted by colleagues from the Dog Unit and Air Support Unit, as well as partners from the Coastgurard. We will continue to utilise all necessary resources at our disposal as part of this investigation. “The further sighting increases the number of potential witnesses who may have seen him and we would urge any patrons from the Finn and Bear pub, or any other establishments nearby, who may have information relevant to this investigation.

“If you believe you may know William’s current whereabouts, but have not yet come forward then please get in touch. Any piece of information, no matter how small you believe it to be, could prove vital.

“I would also continue to reiterate the importance of people checking their outbuildings and garden areas in the event that William has sought shelter from the cold conditions or took ill while out.”

Those with information can contact Police Scotland via 101 and quote incident number 3338 of the 11th December.