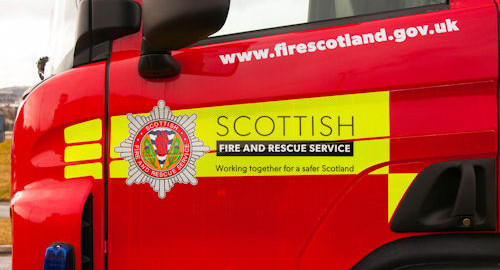 A woman is in a critical condition following a fire in Granton this morning.

Crews from Crewe Toll and McDonald Road were called to the flat at Granton Mains East just before 6am this morning. The scene of this morning fire.

Firefighters used a high pressure hose reel and four breathing apparatus to tackle the fire, which had broken out in the living room.

The single occupant of the property was given first aid at the scene before being taken to Edinburgh Royal Infirmary.

A spokesman for Police Scotland said: “Emergency services were alerted to a fire at a block of flats in Edinburgh this morning at around 5:45am.

“A female occupant was taken to the Royal Infirmary of Edinburgh where she is in a critical condition.

“A joint police and fire investigation will be carried out in the coming days to determine the likely cause of the fire.”