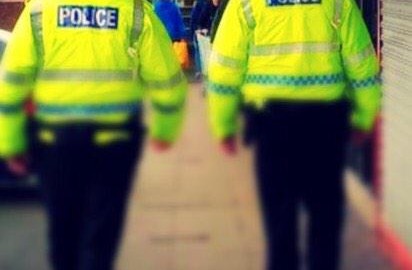 A 17-year-old man has been arrested and charged following a number of moped thefts in North Edinburgh.

Between 17th and 26th February, three vehicles were stolen from addresses in Bonnington Road, Rennies Isle and Hopefield Terrace.

As part of Operation Quarterlight, local officers had been investigating each of these crimes and subsequently detained the male, who will appear in court at a later date.

Three more men are now also subject to legal proceedings after Quarterlight activity in the North of the city continued this week.

A 22-year-old man has been reported to the Procurator Fiscal for a series of thefts from vehicles in Moredun Park Court, Kirkhill Drive and Ferniehill Road and Ferniehill Grove throughout February.

In addition, a 47-year-old man has also been charged with the theft of items from vehicles in Telford Drive, Craigleith Hill Loan and Criagleith Hill Gardens last year.

He is due to appear in court at a later date.

After responding to a report of a break-in to a Volkswagen Passat in Telford Road on Monday 2nd March, a 22-year-old man was detained nearby and was subsequently charged.

“We recognise that housebreaking and vehicle thefts are major concerns for many communities within Edinburgh and Operation Quarterlight will continue to target those responsible.

“Every day, we are bringing  thieves to justice and returning stolen goods and vehicles to their rightful owners.

“We will not rest on our recent successes but will actively pursue others believed to be involved in crimes of this nature.

“As part of our involvement in Stronger North, we will continue to work alongside our partners at City of Edinburgh Council and the public in North Edinburgh to tackle acquisitive crime and remove offenders from our communities.”