Over £3k worth of tyres stolen from farmers on Queenferry Road 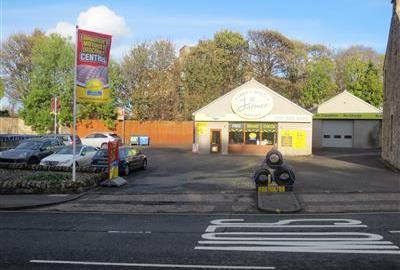 £3100 worth of tyres stolen overnight on Tuesday

Police are appealing for witnesses following a housebreaking at Farmer Autocare, Queensferry Road.

The incident occurred over the night of Tuesday, December 9, between 8.20pm and 7.45am when entry was forced to storage containers in the forecourt.

Over 120 tyres were stolen from the garage, with an approximate value of £3100. Enquires reveal that a transit type van leaving the address at some point during the night may have been involved.

Police are appealing for any witnesses who may have seen this van to come forward.

“The suspects have used a transit type van to transport the stolen property.

“We are asking for anyone who was driving past Farmer Autocare between 8.20pm and 7.45am and perhaps saw tyres being loaded onto a vehicle or persons acting suspiciously to contact Police Scotland immediately on 101 or anonymously through Crimestoppers on 0800 555 111.” Children with disabilities encouraged to learn to swim

Drylaw has Christmas wrapped up with family events