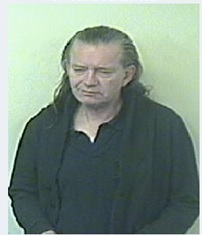 Officers are appealing for information to help trace a man reported missing.

David Wheeler (64) was last seen around 11am this morning, Wednesday, 19 February, walking towards West Granton Road from Crewe Road North. He suffered a stroke in January and left his ward at Edinburgh Royal Infirmary around 9.55am and caught the number 38 Lothian bus to Crewe Road North.

He is described as being 6ft 3ins tall, of a medium build with shoulder length grey hair. At the time he went missing he was wearing a dark blue denim jacket and dark denim jeans.

Inspector Keith Forrester from Drylaw Police Station said, “Along with the NHS staff who have been caring for David, we are becoming increasingly concerned for his welfare.

“Due to suffering a stroke, David has very limited speech and lacks the ability to do basic everyday tasks and he could be very confused.

“We know he used a Lothian Bus this morning (no 38) therefore he may use other bus services to travel around the city.