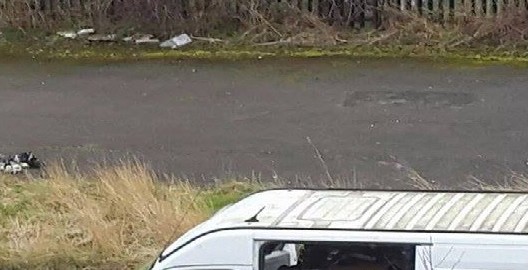 West Pilton Resident’s are fighting back

Just a few days a go a resident who we will not name was minding his own business when a van pulled in to the car park area in West Pilton and two guys started to unload the contents.

Speaking to the resident today he said

“There I was standing looking out my window, when this white van pulled in and a older guy and a young guy jumped out and immediately started to unload what they had in their van”

” The issue of fly tipping at this area has been reported in the past and the council seem to ignore our concerns, hopefully with getting pictures they will take our concerns serisuly and those two will be found and fined” Some of the Dumped Rubbish

“More Fly-tipping! Where do these people get off?”

“WE ARE NOT A LANDFILL SITE – WE LIVE HERE” It’s clear that residents are fed up and are now taking action to stamp out the fly-tipping, If you’re thinking abut Fly-Tipping the advice is DON’T